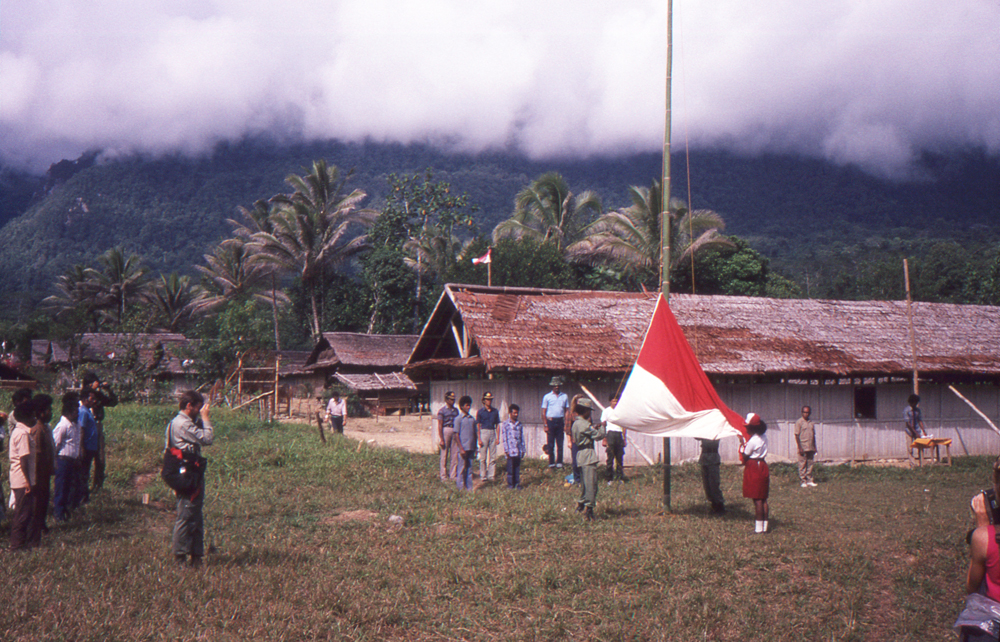 Indonesia had been colonized by the Dutch in the 17th century and by Japan in the years during the Second World War. Indonesia proclaimed itself an independent nation on 17th August, 1945 after Japan’s defeat in the war. The declaration marked the start of the diplomatic and armed-resistance of the Indonesian National Revolution, fighting against the forces of the Netherlands until the latter officially acknowledged Indonesia’s independence in 1949. In 2005, the Netherlands declared that they had decided to accept 17 August 1945 as Indonesia’s independence date. Sukarno and Mohammad Hatta, who were appointed President and Vice-president respectively, were the document’s signatories.

WE THE PEOPLE OF INDONESIA HEREBY DECLARE THE INDEPENDENCE OF
INDONESIA. MATTERS WHICH CONCERN THE TRANSFER OF POWER AND
OTHER THINGS WILL BE EXECUTED BY CAREFUL MEANS AND IN THE
SHORTEST POSSIBLE TIME.

IN THE NAME OF THE PEOPLE OF INDONESIA

Independence day celebrations in the country begin well in advance to the actual day. The presidential complexes paint their main gates in the colours of the national flag. Offices, both government and private, shopping malls and other buildings in Jakarta are also decorated in national colours. Jakarta’s administrative department makes arrangements to decorate the stretch of road between Jl. Thamrin and Jl. Sudirman with red and white lights.  The run up to the occasion includes preparation for several special events in neighbourhood associations, educational institutions and shows on national television.

The colors of Indonesia’s flag are based on the banner of the 13th century Majapahit Empire in East Java. The red stands for courage, while the white stands for purity. The red represents the human body or physical life, while white represents the human soul or spiritual life. Together they stand for a complete human being. However it has also been suggested that the reverence for the colors red and white can trace its origin to older common Austronesian mythology of Mother Earth (red) and Father Sky (white). This is one of the reasons why the colors red and white appears in many of the flags throughout Austronesia, from Tahiti to Indonesia and Madagascar. The flag itself was introduced and hoisted in public at the Indonesian Independence Day ceremony, on 17 August 1945. The design of the flag has remained the same ever since. Traditionally, most Indonesians have used red and white as their ceremonial colors, mixing the color of sugar (the red color comes from palm sugar or gula aren) and rice (white in color). Both of these are the major components of daily Indonesian cuisine.