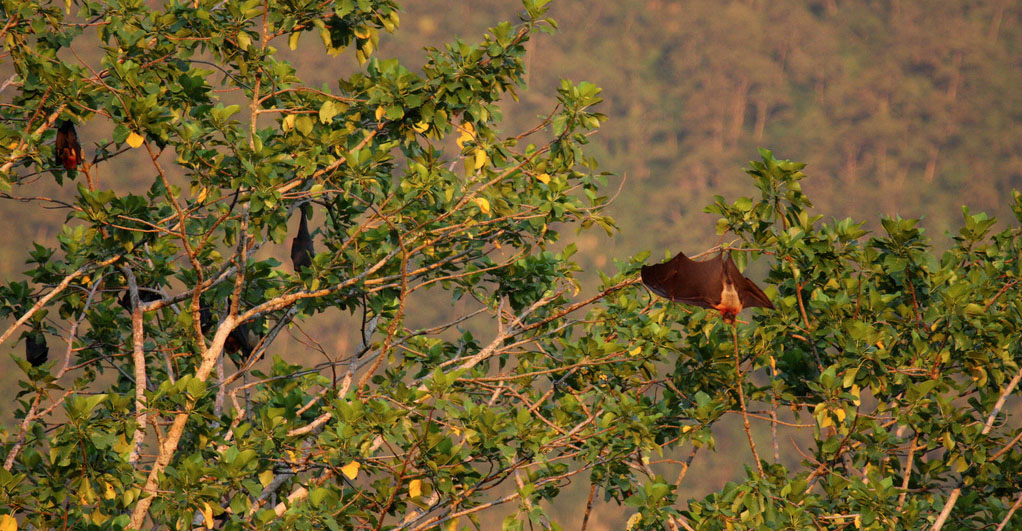 My name is Ann Collins and I was a venturer on expedition 10F to Seram. It was great to see this website, it brought back so many memories and I recognised some of the names and faces.

The kit list was a nightmare – we had a meeting at Raleigh HQ in Chelsea to run through various bits we should take with us. The anti fungal stuff should be powder not liquid as this helps with the sweating. This was one gem of advice, along with the tip that gentlemen should get sarongs so they can allow air to circulate to try to reduce fungal issues from the sweating!  My rucksack was so heavy I could hardly lift it. Thank goodness we were able to leave some stuff in the warehouse in Wahai.

I spent the first phase based at Solea where I worked on the plant/insect ecology project and have very mixed memories of measuring out the hectare that was to be used for this. I seem to remember encountering a lot of ants and things with thorns! We also had to cut a trail from the science site back to the camp as the scientists were worried about their specimens being in the sun if we walked back along the river.  We arranged a time when the chain saws would be started up at the camp so we could take a bearing and then we spent 2 days cutting a trail with parangs to make a shorter, shadier route to and from the camp.  Incredible that no-one was injured as we weren’t exactly proficient at wielding the parangs and the metal was so soft they remained sharp for the first couple of blows only.

We then walked to Kanikeh camp where I worked with Benny on the bat project.  They were beautiful and I have fond memories of chasing purple (I think) bat parasites to send back to some project, possibly in the USA.  We weren’t too hot on the sexing of the captured bats at times but they were so entertaining to feed before they slept in their cotton bags for the day.  We walked back to Solea setting up the mist nets en route to see what we caught at the different heights above sea level.

For Phase 3 I worked with the group building a village hall in Solea village.  A helicopter dropped off various supplies such as cement powder near the camp, which we had to carry in our rucksacks up the steep path to the village. That path got steeper with every load we carried up!!!  After the hall was completed most of us went to church in the village. I can’t say many of us understood much of the service but it definitely seemed to be more of a fire and brimstone way of preaching than I was used to.

It has inspired me to dig out my slides and to try to digitise them.  The slides came in very useful as I had to give a variety of talks to Rotarians etc. who had kindly sponsored me in my fund raising efforts so that I could join Operation Raleigh 10F. It would be great to be in touch with expedition folk again.

Photo of fruit bats on Seram by Kai Bansner